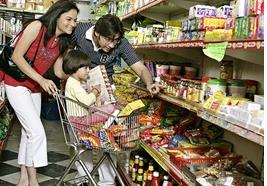 The exit of Pioneer Kishore Biyani’s Future Group is indeed an industry shaping event and one that highlights that winners will be few even though the opportunity for modern retailing in India is large. Online & multichannel Retailing Growth will be captured by large-scale, efficient players that are relentlessly focussed on delivering a superior value proposition to consumer (through better prices, sharp assortments, and convenience). A country of India’s size can easily accommodate 4 to 5 large scale national players. We see this consolidation as a sign of rising barriers to entry, which is positive for Avenue Supermart’s D-Mart Hypermarket Stores.

Reliance Retail and Future Retail combined will be larger than DMART. Given the superior and meticulous execution skills of DMart management, it is unlikely to adversely impact DMART’s prospects for achieving low-cost procurement or terms of trade. In our view, DMART, with its INR 250bn of annual sales (which is likely to double in the next three years), crosses the threshold of scale that allows it to achieve optimal terms of trade from suppliers in the pursuit of its value retailing strategy and this position is unlikely to be impacted relatively even after the Reliance Future Group deal. Case in point being the German hard discounters such as Aldi, which continue to thrive in the US despite having formidable large-scale domestic players as competitors. Success is driven by sharp focus on the target segment, where DMART excels.

So what is this Aldi all about ?
Despite the presence of retail giant Walmart (with c30% share in the USD 1trn US modern grocery retail market), German discount retailer Aldi has created a niche for itself and continues to enjoy industry leading growth in US. Aldi’s retail sales (USD 18.3bn in 2019) grew at a 2014-19 CAGR of 13% (vs a CAGR of 2.4% for the overall modern grocery retail), which is the fastest among the top 15 US grocery retailers.

Online / OmniChannel Views of Grocery Retail
One of the key areas that DMART needs to augment is its online ordering and delivery capability. Reliance Future combined gives the new entity a larger footprint for capturing the online grocery pie, especially in the large cities, where consumer equally value convenience and attractive prices. To mitigate this longer-term risk, DMART should deepen and widen the service levels of its DMART ready format.

Finally, DMART has the right business model and its low-cost approach to retailing is a key competitive advantage. DMART is sitting on ample liquidity and, in our view, is in a unique position to fuel its store expansion in a cost effective manner.