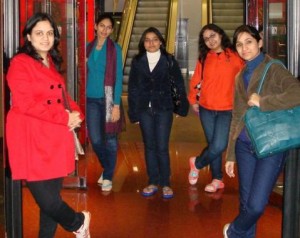 Kishore Biyani promoted Pantaloon / Future Group Retail is the second largest retailer in India after Reliance Retail. In an address to the Analysts, management of Pantaloon said the consumer environment has remained soft in recent months quarter. While the sale period saw some traction, demand declined afterwards. Trends have been weak in apparel but better in food. They are Cautiously optimistic on December quarter given festive season and a large number of wedding dates.

Within apparel, the company is focusing on Fashion at Big Bazaar (FBB). To keep pricing low, the company has also been selling some white label products besides private labels as these don’t attract excise duty. The focus on costs remains high and efforts are being made to control inventory. Store growth plans are focused on the value formats.

Restructuring of Pantaloon / Future Group
The Pantaloon format sale structure has been tweaked somewhat. Now it will be demerged from PRIL along with Rs16bn of debt and transferred to a subsidiary of Aditya Birla Nuvo Ltd, which will also be listed. Pantaloon shareholders will own around 50% of the new entity. The company will exercise the put option on its stake in the JV with Staples office supplies.

A buyer is also being sought for the Future Generali stake. The proceeds from the Future Capital stake sale will come through in the December quarter. The KBs Fair Price format is being transferred to Future Ventures at an enterprise valuation of Rs1.4bn.

FDI in Future Group
Future Group Scouting For Partner in Consumer Electronics / Durable Foreign Retailer – Initial focus is to find a partner for the electronics and homewares retail formats. While open to the idea of a partner in the main hypermarket business, this will have to wait until the rules become clearer and more states come into the FDI fold.