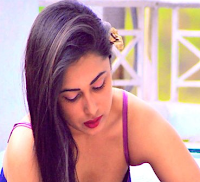 The Indian Lingerie industry is witnessing a robust growth on the back of Strong Brand introductions and choices for the consumer, especially the Indian Women.

In value terms, the lingerie industry in India was valued at ~78.9bn in CY09 growing at a robust 16.8% over the last four years (2006-09). The growth can be attributed to the rising disposable income and growing preference for lifestyle products.

The super-premium and premium segment contributed 15.8% to the total lingerie market in 2009 and is expected to grow to 28% by 2014. Lovable commands 20% market share in
the super premium category, led by other leading brands like Enamor, Triumph, Juliet, etc.

As the concept changes in Tier III Cities / Smaller Towns about Lifestyle Lingerie being an essential part of Wardrobe, Retailers in this segment can laugh their way to the Banks. What say ?