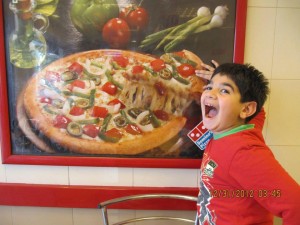 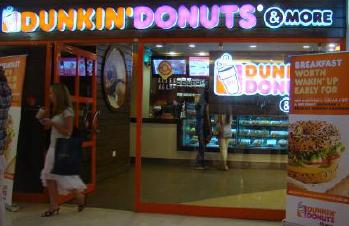 Jubilant Foods has introduced the World Famous Dunkin Donuts to Indians starting from New Delhi where it has 3 Stores – Connaught Place (flagship store – 80 seats), Greater Kailash-1 (80 seats), and Saket (60 seats). It now sells the famous doughnuts with sandwiches, coffee and breakfast menu in India, and has named them “Dunkin Donuts & More“. It will have 10 such stores, all 100% company-owned, by end FY13. This business will take a while to finalize as Jubilant experiments with various store formats.

Dunkin Donuts and More – The Menu
The extensive menu (24 varieties of doughnuts, 28 varieties of sandwiches, 24 different beverages) is a cross between what one gets at McDonald’s, coffee shops, Subway, etc. The menu has been tweaked around to cater to Indian tastes – hence, “& More” in the name, which is unique to India. Compared to only doughnuts and coffee in outlets END_OF_DOCUMENT_TOKEN_TO_BE_REPLACED