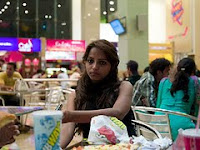 What separates the men from the boys in India Retail Inc.? There have been more failures than successes in organized retail in India. We believe that in the last two years, when capital was scarce and consumption patterns were weak due to the global economic crisis, it has clearly emerged that retailing in India is not as easy as it seems.

We will have a look at the Top 10 Business Strategies for flying colors in Indian Retail.

Ensure Store Level Profitability Before Expansion – The top-three unlisted players have revenues of nearly Rs 100bn over FY06-09 only to reel under accumulated losses of over Rs 19bn. The combined losses of major retail sector players were around Rs 14bn in FY09. While the reasons for these losses are many, it would boil down to not getting the model right and not being profitable at the store level.

Leverage is Bad Subhiksha and Vishal Retail, once profitable companies, were forced to shut down. However, both of them committed the cardinal sin of using debt to expand rapidly. The nature of retail business is such that operating leverage is high; high financial leverage is a poison pill in retail.

Lease rentals and location are must for profits Many of the store closures, exit of foreign retail brands such as Gas, Dockers, etc. from India have been due to poor location choice and/or high rentals. If the location does not have strong retail catchments, stores tend to perform poorly, eventually leading to closure. Players such a Pantaloon, Shoppers Stop and Trent have managed to keep their average rentals in the range of 8% of revenue, since they are the anchor tenants in malls.

Right Product mix key to profitability Hypermarkets have the maximum potential considering the under-penetrated food and grocery retail market. However, a successful hypermarket would have diversified revenue streams, such as food, fashion (apparel) and general merchandise, with a high contribution (30- 40%) coming from private labels. This model would enable the hypermarkets to be profitable.

The remaining 5 strategies will be covered in the next post. Stay Tuned.