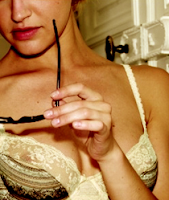 France is well known for its stylish luxury and premium retail brands. The $500 mn domestic market for luxury products (apparel, watches, jewellery, spirits and accessories) may grow over 20 percent year on year for the next 7 to 8 years. French premium retail labels foresee India as an attractive nucleus for making its presence through various sectors. The article is split into two posts and in the first one we will cover about brands and retailing while the second part will be focused on regulations and other hurdles for a MNC retailer in India.

Some of the luxury brands from France in India are as follows,

Some of these brands have been established through franchisees as FDI laws doesn’t permit 100% Indian subsidiaries yet, except for single brand outlets. Manhad Narula of Ebony Gautier said,

With the current FDI regulations on organized retail, franchising would be a viable option for quite a few players. Apart from the legal perspective, franchising is a route that allows a brand owner to minimize his capital investment in the venture.

Etam lingerie has wooed the Indian women with the comfort and luxury of world class Lingerie. They are in type with Indus League a Future Group company in India. Jaydeep Shetty of Etam Future fashions and Lingerie said,

At present we have 16 brand stores and 24 shop-in-shops. We hope to expand within the same 8-9 cities next year – which are, Bangalore, Delhi NCR, Mumbai, Pune, Hyderabad, Kolkata and Baroda.

We will open our first store in 2009. We then plan to open a chain of Banana Moon franchisee stores as well as shop-in-shops in all the best Indian retail stores. We are targeting Bangalore, Delhi NCR, Mumbai, Hyderabad and lastly Chennai.

L’Oreal is present in India through a wholly owned subsidiary and has introduced high end brands such as L’Oreal Paris, Maybelline NY, Garnier, Lancome and Vichy.

India which has a growing middle-class is now positioned as a major force in the global economy and fertile ground for investment in luxury and lifestyle segments. The franchising model of retail business is expected to grow at 30% YoY. We have tied up with Aditya Birla’s retail foray – The Collective and we are the exclusive grooming partners.

Indus League is also in talks with Daniel Hechter to establish the brand next year. The huge Indian population which was a bane on the economy in 80s and 90s is turning to be a boon for retailers now.