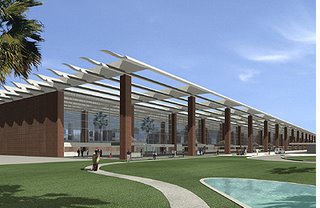 Nuance has combined with the Rahejas-owned Shoppers’ Stop for all the five packages on offer in retail and Food and beverage in Bangalore Airport.

The retail and duty-free opportunity at the upcoming Bangalore International Airport now has a shortlist of five global and domestic stars each for two sections – retail and food & beverage – according to the BIAL Chief Commercial Officer, Mr Stefan Widrig.

In the race are the big European names of travel retail: the Nuance Group, HMSHost; Gebrueder Heinemann, Dufry International; DFS Group; Alpha, SSP; and domestic names Shoppers’ Stop, Oberoi and Pantaloon Retail. They were drawn from a total of 14 interested parties. 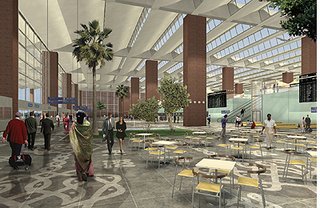 Nuance has combined with the Rahejas-owned Shoppers’ Stop for all the five packages on offer in retail and F&B the two tied up recently for such airport ventures has bid for all the five parcels on offer. For the international retail, Gebrueder Heinemann has teamed up with the Oberoi group.

For the first phase, BIAL has two spaces of 1,750 sq m for international travel retail and duty-free; and 450 sqm of mono brands parcel for domestic travellers. The second phase would be offered in sometime in 2007, Mr Widrig said.

BIAL held vendor and their proposals would be received till October 25 and the concessions awarded by November-2006. The concessions would be for five to seven years, he said.

Without giving a number on the scope of retail business at the airport or the investments to be made, he only said there was a huge potential. The positive factors were the growing Bangalore air traffic of around 9-10 million by the launch of the airport in April 2008; this is a greenfield, currently the third largest in India and growing at a good pace.