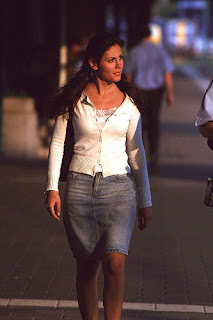 Smart and the Trendy Indian women are embracing the Tight Denims more than ever. Sure, she maybe the typical Bharatiya Naari in front of you but she needs her space at times 🙂

Talk to any denim retailer in India and they already have plans to get a pie of Women’s wardrobe collection. Wrangler has launched Wrangler Girl for the Young Lady. Sales of this segment contributed mere 2% earlier and is now contributing 18% to the top line 🙂

Actually, Sushmita Sen was the first Diva girl for Levis’ effort to woo the Indian women but it didn’t materialize as expected. However, competitor Lee which Launched Miss Lee is able to get 25% of its turnover from the women’s segment. Lee also has introduced Concept Design Stores.

In the premium denim market, GAS which is catering to the needs of urban lady is able to get 38% of its sales from this segment. Calvin Klein has also witnessed similar trend.