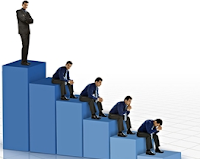 We present to you the brief excerpts of the Case Study of Subhiksha’s Rise & Fall in the Indian Retail Space.

Subhiksha, once the blue eyed boy of Indian retail, R Subramaniam in 1997 pioneered the value retailing concept in India and has now become a case study on what not to do in the industry.

Subhikasha had a go to market strategy, they started off in Chennai by opening small (not more than 1500 sf) stores retailing food and groceries. Retailing at below market prices, using a low cost approach (eg. Non‐AC stores), helped the company succeed in its initial years, opening 150 stores in Tamil Nadu by 2006.

Downfall of the company began in 2006-07 when it took up an aggressive pan India expansion plan and opened a staggering 1400 stores across the country in less than two years. Store formats were altered to include other items like mobile phones on their shelves to offer a ‘one‐stop’ shop to the customer.

To fund the CAPEX of opening new stores Subhiksha took on Rs8bn debt, which added financial leverage to the already existing operating leverage in the business model. New stores failed to take off and the company was faced with the unprecedented slowdown at the end of 2008 (subprime crisis). The heavy interest burden blocked the equity funding and high rentals caught the company in a classic cash flow riddle. The company could not even pay its employee’s salary dues. It finally had to shut shop in February 2009.

Un-Mindful expansion, capital; structure and poor inventory management led to the failure. Worse was Venture Capitalists [ICICI] who funded the company never even bothered to take stock of the situation and thus shutdown was inevitable.