McDonad’s which has tasted good success in India with 123 outlets wants to extend its lead by opening more outlets across India and compete with Indian fast food retailer – Jumbo King, known for selling Vada Pav and Lassi. 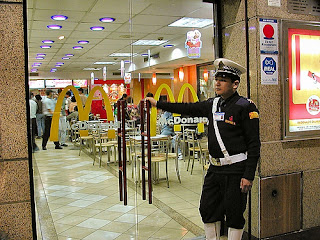 McDonalds India has chalked an expansion plan for the next 3 years where it will spend more than Rs 300 crore. The company plans to open new outlets at Airports, Railway Stations and across Indian Highways. Mr. Vikram Bakshi, Managing Director of McDonalds India said,

We are aiming to triple the number of our outlets in the next 3 to 5 years. We already have a tie-up with BPCL & HPCL [Gas Stations] which enables us to be present on the highways and increasing our reach by being on Airports and Railway Stations is an important element of our expansion.