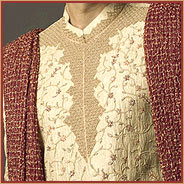 The Indian retail boom is not all about Calvin Klein, Gucci, UCB. Ethnic World Retail Ltd, a retailer of Indian Ethnic apparels with 80 stores in various north Indian cities wants to have a PAN India presence with 500 stores by the end of 2008. The number of stores will go up to 1,000 by 2010 – in line with most other retailers plans.

Ethnic World is opening its first store in south India in Hyderabad at Banjara Hills within the next 15 days said Pramod Nagpal, MD of Ethnic World Retail.

The company had revenues of Rs 65 crore last year. Approximately 1 crore worth of business from every store per year.