There is a huge potential for growth in the India for footwear chains. Changing preference of younger generation toward international quality footwear will bring a paradigm shift in the Indian footwear market. With the increase in disposable income and brand awareness, footwear market is gradually turning into a brand-driven market. The taste of Indian consumers is gradually shifting towards casual and younger styles. 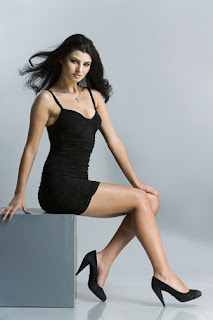 The footwear retail in India is dominated by men’s footwear. There exists a huge potential for the exclusive ladies and kids footwear segment.

Existing Footwear Chains – Domestic:
There are around 20-25 big footwear retailers. Woodlands, Bata, Action, Liberty, Khadim’s, M&B Footwear, Crocs, Adidas, Puma, Reebok, Reliance Footprint are leading footwear chains in India. There are many smaller ones like Metro operating in just couple of cities and is beyond the scope of our research.

Reliance Footprints: A specialty footwear store offering formal and sports wear in men, women and children’s footwear, was launched in Hyderabad and Bangalore. They launched another Footprint store in New Delhi.

Khadim’s: Khadim India Limited forayed in footwear retailing in 1993. it has more than 260 Exclusive stores out of which 52 are owned by the company and the remaining are exclusive dealers are located across 22 states.

Liberty: Liberty Shoes Ltd. has more than 365 retail stores across India. Liberty markets
its products are the network of 150 distributors, 350 exclusive showrooms.

M & B Footwear: Delhi-based M&B Footwear has 75 stores including 26 exclusive concept stores located in premium malls and high streets and 6 shop-in-shop modules placed within Central and Pantaloons. The company’s brand portfolio comprises of Lee Cooper, ID, Provogue, Geox, Firangi, Rider and MB Sports. The company has plan to open 100 store by 2008 and take it to 275 stores by 2010.

Crocs India: It is a US footwear brand, launched in India in 2007. At present, the company
retail products through 500 stores across India & also selling through 5 company owned stores in metros like, Delhi, Mumbai, Pune and Gurgaon.

Adidas: German sportswear and apparel major Adidas is planning for a major expansion across India in 2008, which would involve setting up around 160 new stores. Post the planned expansion, Adidas would have 450 franchise stores and presence in 140 cities as against 119 cities currently.

Reebok: Reebok India is planning to expand its retail presence in India by the end of 2008. The number of exclusive Reebok stores is expected to go up from 675 to 800 by December 2008. The company has plan to tap tier II and Tier III cities. Reebok is planning to add 55 new lifestyle stores by the end of this year.

It will be an uphill task for Indian retailers to establish private labels especially in the Sportshoe segment as Indians are always crazy about Global brands. However, this is not an impossible task but MNC retailers have already captured the big chunk of market by innovative retail business practices in India.

One thought on “India Footwear Chain of Stores – Review”