Summer is the best time for people to do outdoor activities, really especially shopping at Malls and Megastores that have sprung up with the retail boom in India. However, this summer was disappointing to many retailers, blame it on IPL Cricket or Cheerleaders ;-). 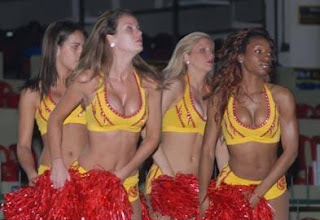 An irresistible combo of cricketing icons and Bollywood superstars, backed by aggressive marketing, the IPL matches kept entire households, elderly people, youngsters and small children glued to the television. To make matters worse, the matches were played and screened at prime time, which coincided with the period when retailers conduct nearly half of their business.

According to managers of leading malls in India, such as Hypercity, Big Bazaar, Nirmal Lifestyle, The Mobile Store, Reliance Retail, etc, there was a decline of around 15-30% in the number of visitors during the IPL matches.

Although this is a marginal factor, we are really concerned about it becoming another seasonal factor to contribute to a sales decline for the Indian retail industry. Your thoughts ?