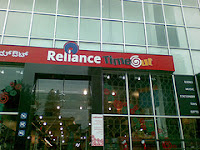 Luxor will setup a new manufacturing unit to cater to this demand involving a setup cost of Rs 40 crore. Ms Pooja Jain, Director of Luxor said,

With the new facility at Uttarkhand, which is likely to be operational early next year, the production capacity will go up from three million pens to four million pens a day.

Luxor also exports is products to over 75 countries. It is not very clear on what will happen to Luxor signature retail outlets and its ambitious expansion plans after tie-up with Reliance.