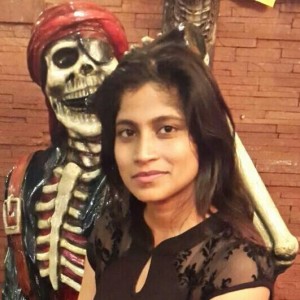 There is no evidence of a revival in consumer sentiment into the second quarter. The primary reason for contraction in revenues in the last 2 quarters has been the company’s reluctance to offer heavy discounts whereas others continue to do so. ABFRL believes that building a brand is more important than building a channel and, hence, has refrained from diluting the brand either by offering it across e-commerce channels at heavy discounts or by participating in the extended end-of-season sale.

Aditya Birla Fashion and Retail has adopted four fashion cycles in Madura as well as Pantaloons as against two earlier. The entire supply chain, ranging from fabric suppliers to garmenters, has been remodelled to facilitate this strategy.

Apart from riding on hopes of a recovery because of the festival season in 2HFY17, the company has taken several initiatives like digitizing more than 500 Madura (brands) EBOs by the end of FY17 to offer seamless availability of products across stores to customers. As brands are increasingly becoming averse to discounting on e-commerce, the company expects lower discounting this festive season compared to that in FY16.

The company has forayed into innerwear under the Van Heusen label after extensive research and building capability in the form of separate team and supply chain.