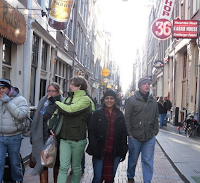 Late last week, we discussed the the possibility on Why the Government may allow Multi Brand Retail Outlets controlled by foreign / multi-national companies of non-Indian origin. In continuation of our discussion, we will discuss two important questions on this subject “When” this is likely to happen and “Who are the Gainers” of this move.

When Foreign Direct Investment will be Allowed in Multi Brand Retail ?
The change in the regulations are likely to happen within the next few months as the Govt has announced its intentions for this during the current Union Budget. Also, the relevant ministry has gone on record in the media to express their views in favor of this deregulation.

Industry / Stake Holder Feedback:Retailers of India provided their feedback, which was largely supportive of the indicated policy in the working paper.

Government Level Talks: A group of ministries have been assigned the task of discussing the modalities of opening up the sector. Since Retail is a State Government subject in India, the proposal is likely to be discussed with State Governments once the Inter-Ministerial group has finalized its proposal.

It has been reported that the discussions are at an advanced stage. FDI is a Central Government subject and it is likely they will fully exercise their power even amidst opposition [if any].

Gainers of FDI in Multi-Brand Retail:Since we have already seen that Government is for opening the sector in the form of JV, prominent gainers will be incumbent Indian modern retailers along with foreign retailer thus creating a win-win proposition.

It will give foreign retailers access to the Indian market and give them the time and opportunity to learn the nuances of Indian retail through their Indian partners who will get Capital Infusion.

Adoption of systems and processes used by the global retailer with a higher expertise in supply-chain management will help Indian Retailers like Big Bazaar / Food Bazaar to drive back-end efficiencies.

Initial due diligence indicate that Reliance Retail, Shoppers Stop and More are unlikely to rope in a foreign retail partner at the outset. This would put Future Retail Group at an advantage and help them improve their dominance even further.

Pantaloon / Future Group is the only retailer where FIIs have bought stake to the ceiling limit of 26% and hence FDI will likely bring smiles on Mr. Biyani & his Retail Family. What say ?