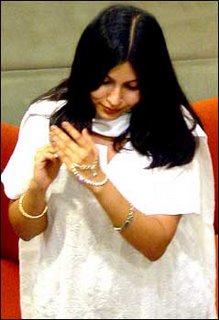 Bangalore based Rajesh Exports have announced that they will foray in to Jewellery Retail and Realty Business.

24K Retail comproises of 3 verticals – Shubh, Laabh and OyzterBay. OyzterBay in India is a JV between American company, Fossil and Rajesh Exports. They plan to have 30 Laabh Stores, 100 Shubh Stores and 50 OyzterBay srores across various locations in India during the first phase of expansion.

Bangalore Infra has around 100 acres of land valued at Rs 350 crores. Most of the land is near Devanhalli, the location of new international airport. When developed, Rajesh Exports estimates its earnings to be around Rs 1,000 crores from this Realty venture.