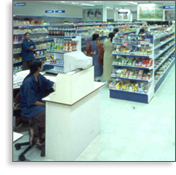 In a separate development, Reliance Retail is also in talks to BUY Maratha Chain of retail stores spread across various locations in the financial capital of India, Mumbai. Maratha chain of stores have 20 stores in Mumbai spread across 75,000 sft with stores ranging from 500 sft to the largest one at 7,000 sft. Earlier this year, Reliance Retail India Ltd pumped in more than Rs 200 crores to obtain a long term management lease of 18 Sahakar Bhandar stores in Mumbai.