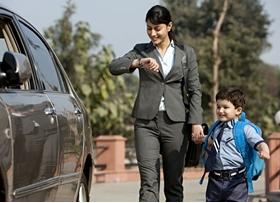 Titan India’s Leading Watch Brand is all set to cash in on the growing purchasing power of the Middle Class Indians in smaller cities and towns. Currently, Titan has 50 small format stores. The company plans to add 50 more within a year. Titan VP, Mr. Chawla said – Middle India is big growth belt and an important part of our strategy as our growth lies there.

The company has undertaken an exercise to revamp the World of Titan to target the upscale and contemporary. Singapore based retail store designers Kingsmen Co has been roped in to carry on the exercise. They plan to revamp 50 of its existing stores. Titan’s Flagship store in Pune now has a new brand identity Titan A Company Store.

Other Watch Store Chain of Titan are – Titan One, Fastrack, Titan International, World of Titan and Titan Flagship.

In a separate event, the company also launched Edge 2012 thin and light titanium watch collection with eight styles in the price range of Rs 12,000 to Rs 18,000.