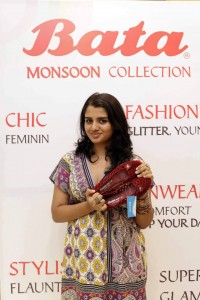 Footwear as a category of consumption is fairly under penetrated, with rapidly rising competitive intensity. Consequently, the key competitive advantages for out-performance in Indian footwear retail.

Bata’s business model
Nearly 82% of Bata’s revenues are related to the retail channel, with the balance relating to the wholesale channel. The retail channel includes: (a) Bata-branded flagship stores; (b) Bata-branded family stores; (c) Hush-Puppies-branded stores; and (d) Footin-branded stores. These stores include both standalone store formats as well as shop-in-shop formats. The wholesale channel includes: (a) traditional multi-brand dealers; (b) industrial segment; and (c) institutional sales.

Bata Product Categories
Bata’s product mix has shifted away from plastic and rubber footwear towards leather footwear over the past decade, owing to a stronger focus by the management team towards non-commoditised higher-margin product categories. The revenue split by categories of ~48% from menswear, ~28% from womenswear, ~17% from kidswear, and ~7% from accessories


Bata’s merchandise has historically been focused predominantly on office men’s wear and school kids wear, with ‘Bata’ and ‘Bubble Gummers’ being its two fastest-selling brands. However, as highlighted in the table below, Bata currently owns/retails a collection of 18 brands, most of which were introduced by the firm over the past two decades. 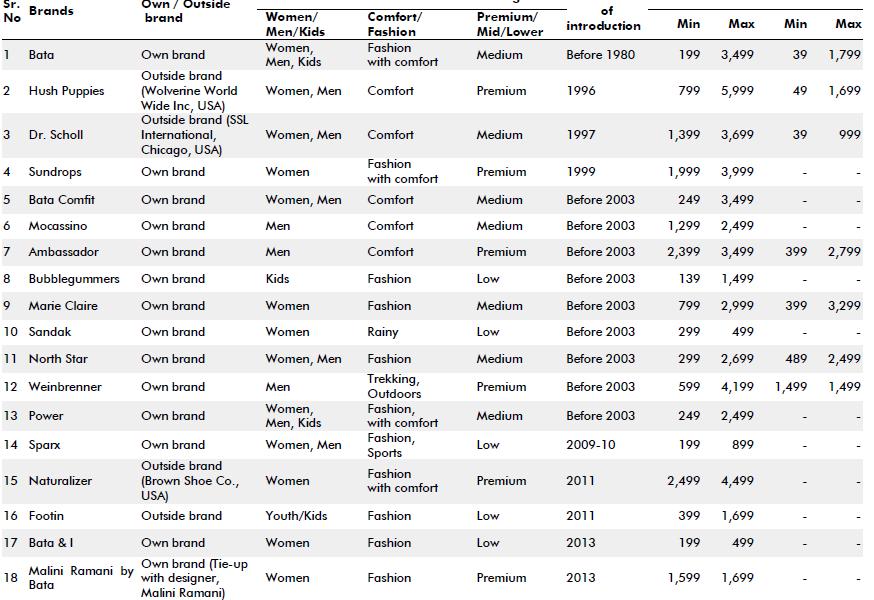 Bata India currently suffers from an inter-generational perception drag, as a result of which the youth of India remember Bata as a brand that they wore to school. Hence, the recall of its mother brand ‘Bata’ adversely affects the buying behaviour of customers for its youth and fashion brands like North Star, Marie Claire, and Footin. We also see a good possibility of Bata launching separate retail store formats for some its sub-brands. For instance, the launch of a separate range of Hush-Puppies-branded retail stores in 2007 helped the company de-link the brand recall of ‘Hush Puppies’ from the overhang of its mass-market brand recall of its mother brand Bata.