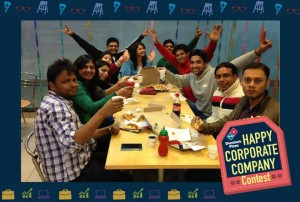 The Pizza industry checks suggest that consumer sentiment remains weak but has not worsened in 4QFY13 as inflation in vegetable, chicken and wheat prices has eased compared to past 8 quarter averages. There is very limited visibility on shifts in consumer sentiment currently.

Jubilant Foods, the Master Franchise of Domino’s in India has seen SSG taper down consistently over the past 11 quarter largely due to weakening consumer sentiment and lower GDP growth. We note that during the same period, JUBI has also managed to bring down cost inflation (on a per employee or per store basis). While employee costs have been brought under control faster than the deceleration in the SSSG, rent inflation has been stickier, decelerating slower than the employee cost or SSSG. This in in part due the Dunkin Donuts launch and in part due to the more fixed nature of rent expenses where contracts tend to remain fixed over a longer duration.

While Yum! Brands (via its Pizza Hut brand) has stepped up its store openings in 3QFY14, we note that this is in line with a trend seen over the past 3 years. Pizza Hut has launched new products at very competitive prices, Domino’s has also has its variant of a Pan Pizza to compete with Pizza Hut’s top offering and has received a favorable consumer response.

Domino’s India has managed to keep employee costs under check, however rental inflation still remains ahead of SSSG; While competition impacts near-term SSSG, Domino’s structural advantages due to its efficient supply chain, delivery-based model, technology and large network, are intact or have strengthened.