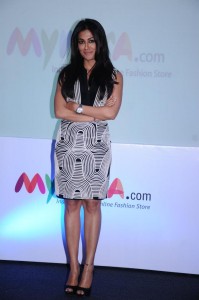 The market size of the retail industry in India is likely to have exceeded US$600bn in CY13. India is different with regard to other developed economies in that a large proportion of the retail market in the country is unorganised, with a proliferation of mom and pop stores. The organised sector represented just 16% of total retail sales in India in CY12 as against 85% in the US (though for China the organized sector is a lower 20% as well).

Food and grocery is the largest retail category in India, representing 60% of total spend, with clothing being second with 10% of total retail sales. Since food and grocery is not generally easily amenable to online purchases and the fact that electronics and general merchandise (which are more amenable) represent a smaller proportion of retail sales in India, means that the online ecommerce adoption in India may be slower than other countries at the same stage of evolution.

E-tailing (ex travel) contributed just around 16% of total online spends in CY13 with 5% contributed by online classifieds and 8% by the financial segment (e.g. online broking) and other categories. e-tailing has been growing the fastest with a CAGR of 59% through CY09-CY13. Interestingly, in India, books represent just 5% of online sales whereas electronic items like laptops, mobile phones and cameras represent a significant 59%. Apparels and footwear is the second largest category after laptops & tablets, and contributed 21% of total online sales in CY12.

Competition in the Online Market Place
In India, the most prominent e-tailing companies are Flipkart, Snapdeal, Myntra and Jabong. Flipkart and Snapdeal have presence across multiple categories whereas Myntra is focussed on the fashion and apparel vertical. Flipkart had started out with a model where it purchased its own inventory, maintained large warehouses and distribution centres and was responsible for the entire customer experience except the last mile logistics. However, the company has moved to the marketplaces model allowing third-party vendors to sell on the website as well. Snapdeal, on the other hand, has a pure marketplaces model.


Traditional apprehensions regarding online buying are increasingly being addressed. For instance, the preference of the buyer to touch-and-feel the product before buying (especially in case of apparels) has been addressed well by Jabong.com (India based), which has enabled even trials at home and returns on the spot. Myntra.com has also joined the race with similar offerings.

In India, FDI in e-commerce is not yet allowed. However, FDI is allowed in warehousing and back-end systems. As such, some foreign investor funded companies had to adopt a more complex dual structure to have separate entities for warehousing and move to the marketplaces model for selling, from one where they used to sell their inventory on a dedicated basis.

Just like how Indians never logged on to the TDMA Mobile network and started their journey with GSM and 3G networks, in retail they may very well bypass the Mall and Retail which are not offering any higher value proposition than Flipkarts or Myntras. What say ?